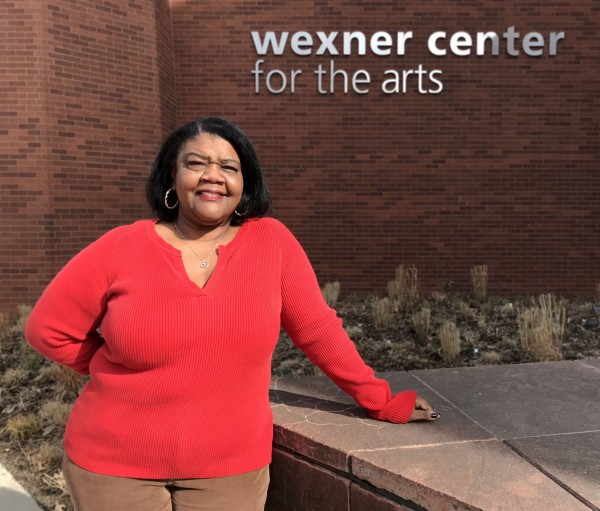 “We’d always have music in the house,” Phillipa said. “Even during times of study, we had all types of music from country, jazz, R&B, gospel.”

With limited funds, the family couldn’t always go on vacation, but instead traveled to museums around the state.

“I didn’t have a lot of money, so I had to get creative. I figured I would go to museums with them. Wherever I could take them that could help open their minds, I would, and a lot of times it was around art. It was either concerts or art exhibits.”

“The arts open up opportunity for people to be able to express themselves in different capacities, through theater, through music, through art. That’s what it’s done for us.”

Each of Phillipa’s five children participated in some form of the arts growing up before going on to graduate from Ohio State. Her second oldest daughter Senobia even took music to the next level, majoring in classical music and performing arts at Ohio State.

“Looking at my children, I know what the arts did for them. I have seen the growth of them in so many aspects of their lives.”

Discipline, creativity, patience, dedication and selflessness are just a few of the aspects Phillipa is referring to.

“All of them work in an area of servitude. Being able to serve and help others and be better people. A lot of that I think they got through the arts.”

This is precisely why Phillipa continues to give because of all that the arts have given her and her family.

“Just knowing, if it worked for my children it will work for someone else’s. For someone that is less fortunate and not able to travel, they can go to a museum and dream. That’s why I think it’s so important.”