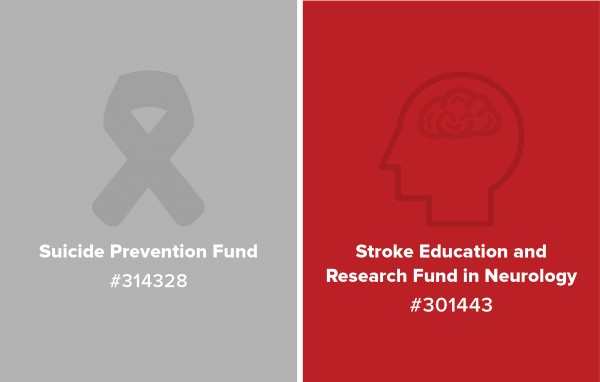 It was on November 3, 2016, when Coco’s boyfriend Steve took his own life. The two had known each other since grade school, going back 35 years. In an instant, her best friend was gone, leaving shock, grief and confusion in its wake.

“I didn’t realize and I don’t even think he realized that he was dealing with depression. Even that day, there was absolutely no indication,” Coco said.

The reality was very real and left Coco heartbroken. In the days that followed, Coco tried to make sense of what had occurred, but she quickly realized that time alone wasn’t going to help subdue the sorrow, so she returned to work.

Coco barely settled back into her desk chair, in her attempt to return to normalcy, before she received a phone call that would drastically change that day and the several to follow. The call was from Memorial Hospital in Marysville. Coco was notified that her mother, Liz, had suffered a stroke and was being airlifted to Ohio State’s Brain and Spine Hospital. Coco ran out the door in the direction of the Wexner Medical Center, not even allowing time to process her emotions.

In the hospital’s waiting room, Coco was traumatized by the fear of possibly losing another loved one. This time though, a bit of good news eventually prevailed, as she learned her mother was going to have the chance to recover. The doctors were able to stabilize Liz’ blood pressure quickly enough to avoid surgery.

It was during her mother’s week-long recovery period at the hospital that Coco decided it was positive action that would help her overcome this nightmare. The action was to find a way to donate to funds that might help prevent strokes and suicide.

Coco started by searching keywords and was able to find the Suicide Prevention Fund #314328 and the Stroke Education and Research Fund in Neurology #301443. Gathering the resources that she had available, Coco added these two funds to her Campus Campaign giving in 2017.

“I believe even the smallest donations can definitely save lives because of the research, which probably saved my mom’s life. Hopefully the suicide prevention fund can help save lives as well. That’s why I donate.”

Nearly a year and a half later, Coco’s life is as close to normal as it can be. Although Steve is gone, Coco remembers how lucky she is to still have her mother, who has made a full medical recovery. Contributing to funds that work to prevent strokes and suicide have also helped in her own period of healing.

“When you donate to a cause that you feel a connection to, you get something out of it as well and that’s true for me. I know even my contribution – as little as it may be, if that’s multiplied by 500 people – adds up to be a lot of money. I don’t worry about how much I donate because I know even a little amount will make a difference.”

Campus Campaign offers more than 9,000 funds that can be supported with as little as a $1 donation. And as Coco reminds us, every gift is important.