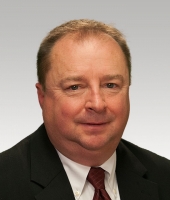 Kevin’s association with the university dates back to his days as a student, getting his bachelors (1981) and masters (1985) in Agricultural Economics.  His doctorate work was in Higher Education Finance.

Staying with his alma mater as the Senior Fiscal Officer (1995-2000) for the College of Education, he restructured the $45 million budget and developed a budget distribution process linked to strategic planning.  This included developing a college-wide compensation philosophy and HR policies in compliance with the university standards.  His feasibility study of existing facilities and potential new uses led to classroom, computing lab, and research lab renovations.

During his tenure with the Office of Academic Affairs (2000-2008), Kevin oversaw an annual operating budget of $210 million and developed and implemented procurement, HR, and IT policies, consolidating these across the various units.  These involved compliance standards, senior management employment agreements, background checking policy and standards, administrative oversight of the computing network for key senior university leadership offices, and creating a governance model for IT support among senior leadership offices.  Additionally, he served as the Conflict of Interest Officer, Compliance Officer, and Senior Fiscal Officer and was a presenter for Financial and Budgeting workshops.  Kevin’s reporting structure was direct to the Provost.

In 2008, Kevin became the Associate Director for Administration at the Comprehensive Cancer Center.  Here he developed a comprehensive plan for the use of gift funds, including policies, procedures, and internal control.  His oversight of research lab and office space led to two major facilities renovations to relocate more than 70 staff members.  He co-led recruitment and retention of key faculty, numbering in excess of 500.  He led the search for the Cancer Program CIO, implemented SharePoint Shared Services, and improved collaboration with other IT units across campus.

Currently (starting in 2009), Kevin serves as the Senior Director of Finance & IT in Administration and Planning, overseeing an annual budget in excess of $350 million.  In this role, he has implemented multiyear financial planning and standardized financial reporting for the A&P departments, co-led the reorganization of IT support from 14 IT entities into a single support organization, and led outsourcing of common IT functions to the central university — no small task given the 2,100 work stations involved.  He led centralization of procurement services and strengthened oversight controls.  In addition, he serves as the Conflict of Interest Officer, the Compliance Officer, and the Senior Fiscal Officer.