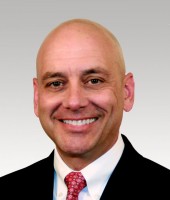 Metrics.  Operational Excellence.  Process Improvement.  Management Engineering.  Lean.  Benchmarking.  Just buzzwords in today’s market?  Not at The Ohio State University, with its ongoing path toward being “One University.”  Leading that effort for Administration and Planning is Jim Trzcinski.  No small task, when you consider A&P’s wide range of services.

Jim began his career with the University of Toledo Medical Center (1987-1997, formerly Medical College of Ohio), where he was responsible for the overall management engineering of the 300-bed academic medical center.  Here he developed and implemented organization-wide strategies and programs to improve levels of service, quality, productivity, and cost effectiveness.  This included facilitating cross-functional and departmental process improvement teams involving physicians, administrators, managers, and staff.  Results?  His department’s efforts helped to reduce annual expenses by $22 million during a 2-year period. He also implemented an organization-wide productivity monitoring system and benchmarking process to develop and track operational improvement targets.

As Vice President of Cleverley & Associates (1997-1999, formerly “Center for Healthcare Industry Performance Studies,” Worthington OH), Jim directed the activities of the Facility and Activity Center Tracking service, a hospital financial and operational benchmarking service for several hundred clients nationwide.  He achieved a 100% increase in new client sales and a 20% increase in annual revenues without raising prices.

He joined the Wexner Medical Center in 1999 (to 2012), where he directed management engineering and decision support.  His implementation of productivity and benchmarking systems, along with the redesign and automation of the position posting and approval process, helped move the organization’s bottom line from a $40 million loss to a $155 million gain during a 10-year period.  As a member of the Strategic Action Task Force, he helped identify, develop, and monitor strategies and implementation plans to impact the organization’s financial performance, resulting in more than 300 initiatives that returned an annual financial improvement of $24 million in the first twelve months.

Jim transferred to the academic side of the university in 2012, joining Administration and Planning, where he has attained equal success directing business performance improvement and implementing key monthly operational and financial performance reporting.  He has facilitated Balanced Scorecard implementation across Administration and Planning and is currently spearheading Operational Excellence training and implementation. He also participated on a university-wide oversight committee to deploy Lean Six Sigma throughout Ohio State, developing process improvement strategies, standardized training, and project tracking protocols.

Jim received his B.S. in Industrial Engineering and his MBA, both at the University of Toledo, where he was a member of Beta Gamma Sigma and Alpha Pi Mu, both honor societies.  He has been an active member of the Institute of Industrial Engineers and the Healthcare Information Management Systems Society.  A national speaker on process improvement, benchmarking, and productivity, he co-authored a performance improvement article for ADVANCE for Health Care Executives (Jan 2009).

He is a recipient of the 2006 KRONOS Best Practices Award, recognizing excellence in workforce management, and the 2009 Thomson Reuters/Truven Health Advantage Award.  He volunteers for and is on the board of International Friendships (Columbus OH), a faith-based nonprofit that promotes friendship and hospitality for international students, scholars, and family members.  He is a former board member of YES FM Radio (Toledo OH), with its Christian outreach to teens and young people throughout northwest, west, and central Ohio and southeast Michigan.