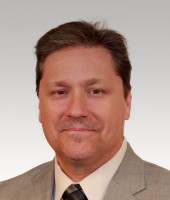 As an A&P Human Resources Business Partner (2012-current) supporting the Department of Public Safety, Transportation and Traffic Management, and WOSU Public Media, Todd oversees the recruiting and selection of department personnel, wage and salary administration, performance management and staff recognition initiatives, employee and labor relations, and records maintenance.  He helped design and transition staff to the human resources model currently in use and has been instrumental in streamlining and improving hiring, performance management, and rewards and recognition strategies.

Todd began his professional career with the Ohio Civil Rights Commission as an Investigator (1989-1993) and Supervisor (1993-1996).  As an Investigator, he was responsible for addressing allegations of discrimination in the workplace. While in this role, he consistently completed the most investigations and resolved the most cases annually. Whereas the average investigation took close to a year to complete, Todd often wrapped his cases up in 6 months or less.  As a supervisor, Todd developed the case review process that is still in use today, and he started the first housing discrimination unit in Ohio. The case review process he put in place helped reduce the average investigation time from almost a year to 8 months.  The implementation of a housing discrimination unit in Ohio allowed individuals to file discrimination claims locally rather than through the federal agency, reducing their claim response time.

Todd moved into the role of Labor Relations Manager (2003-2006), where he led the negotiations for the university’s collective bargaining agreements with CWA, FOP, and GCIU.  Of particular note was his successful negotiation of the first version of pay-for-performance into the CWA contract.  In addition, he oversaw development of the CWA contract costing tool, the grievance tracking database, and he developed and implemented the initial CWA apprenticeship program, whereby staff can continue their educations in their chosen areas of expertise.

Todd transferred to the university’s Department of Public Safety as its Manager of Human Resources (2006-2012).  Here he revamped many of the department’s HR processes and helped with the transition to an automated timekeeping system, while continuing to serve on the management bargaining teams for both CWA and FOP collective bargaining, Todd developed the classifications for regional campus police officers and coordinated the hiring process to place officers on all of the university’s regional campuses.