When Milton Mendez's wife had to get surgery for her carpal tunnel, the health insurance they had at the time covered only $40,000 of the $45,000 bill. Mendez, 65, was left with a bill he couldn’t afford. Unable to pay the remaining $5,000, the Mendez family was left without insurance. More .

Nov 30 - noon to 1:30 p.m. - Hale Hall, MLK Jr Lounge
What changes may occur in policy for Ohio State staff, faculty, and students, and how can you make your voice heard? Reports of employee and student incidents of sexual misconduct at the university have risen steadily during the past four years. Learn how proposed new Title IX regulations may have a chilling effect on already underreported incidents of sexual misconduct and how, under a recent court ruling affecting Ohio, universities can allow those accused of sexual misconduct to directly question their accusers. Join Title IX Coordinator...

Rumble: The Indians Who Rocked the World

This in-person workshop Tuesday (11/20) at 10 a.m. is based on the book by Dr. Maura Cullen, "35 Dumb Things Well-Intended People Say." These statements, though well intended, often can widen the diversity gap. This workshop - "That's Not What I Meant" - provides participants further insight regarding what are often perceived as harmless statements but in fact can cause irreparable harm. Register through BuckeyeLearn . Contact .

Nov 28 - 3 p.m. to 4:30 p.m. - Saxbe Auditorium
Join the Office of Diversity and Inclusion and the Ohio State SACNAS chapter, in collaboration with multiple university partners, as they host Knatokie Ford at Ohio State. Ford is a Harvard-trained biomedical scientist and a dynamic speaker who addresses the imposter syndrome and ways to overcome it. More . Contact .

James L. Moore III, PhD, will serve as the vice provost for diversity and inclusion and the university's chief diversity officer, effective May 1, subject to approval by the Board of Trustees. In addition to his concurrent appointments as Education and Human Ecology's Distinguished Professor of Urban Education and executive director of the Todd Anthony Bell National Resource Center, he assumed a one-year interim leadership position in the Office of Diversity and Inclusion (ODI) last May. More . 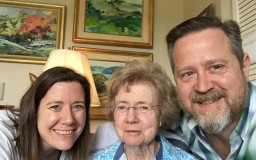 “She was using painting... 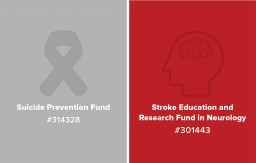 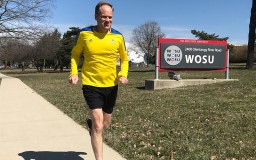 Mike Thompson, Chief Content Director for News and Public Affairs at WOSU Public Media, might best be known for his role as host of “ Columbus on the Record ,” a weekly half-hour television talk show dedicated to Ohio politics on WOSU-TV. Not commonly discussed on the record, Mike’s dedication as a long-distance runner. 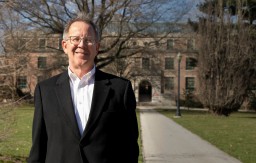 A Gift to Our Campus

After taking this photo with Steve Volkmann at The Oval, he refused the ride back to his office at The Gateway. It was one of those rare days in early March when the sun was out from the clouds, illuminating enough heat to go without a jacket, and Steve wanted to enjoy it.

Steve is the university landscape architect, working for Planning and Real Estate. His responsibilities include serving as a resource and helping guide the planning, design and implementation of most anything related to the landscape for Ohio State’s Columbus campus. Walks through The Oval allow him to...