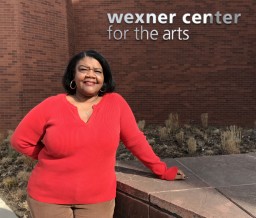 Is the Future of Revolution Feminist?

Feb 9 - 3 p.m. to 4:30 p.m. - 165 Thompson Library
#MeToo may be the most visible women's "revolution" right now, but according to sociologist and Middle East expert Valentine Moghadam, feminism has shaped democratization, revolution and even right-wing movements around the globe. Moghadam will discuss the role of women in the Arab Spring and other contemporary revolutions. This event counts toward DICE certification. More . Contact .

Dreamer and prominent immigration attorney Cesar Vargas sits down with News Director Elizabeth Suarez to discuss the current legislative landscape of DACA and other topics during a visit to The Ohio State University on February 5, 2018. Viewing this video counts toward DICE certification. 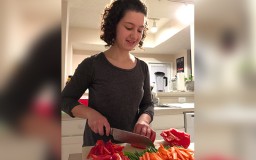 With seven members of the immediate family, the...

In February, ReelAbilities Film Festival returns to Columbus for its fifth year and shares diverse stories through the eyes of people with disabilities. The festival’s 14 films will be screened throughout January, March, May, July, September, and November. These events qualify toward DICE certification. More .

Thursdays starting Jan 18 - 6 p.m. to 7:30 p.m. - Multicultural Center
As part of the Multicultural Center, SUR is a student group designed for Latino males (although all are welcome). The purpose of SUR is to create a network of students, staff, and faculty that share a philosophy of support and brotherhood. Our ambitions are to challenge the status quo, establish an academic community, provide support to promote Latino academic success, and use mentorship to promote community. This event counts toward DICE certification. Questions .

Jan 18 - 5:30 p.m. to 7 p.m. - 130 Page Hall
The 1963 report of the President’s Commission on the Status of Women recommended that “Paid maternity leave or comparable insurance benefits should be provided for women workers; employers, unions, and government should explore the best means of accomplishing this purpose.” Join this discussion of the issues surrounding creating this policy from two perspectives: city government and small business. This event counts toward DICE ceritification. More .

Looking Past the Cover

Jonathan Branfman didn’t just want parents to know it’s never too early to expose their children to topics of gender identity, romantic orientation and diversity. He wanted to create an easy way to do it. More .